Feeding and Eating With Family

Susan Phillips doesn’t need a farm bell to signal lunchtime. Every day at high noon, she can expect a band of hungry men to saddle up to her dining room table, exchanging benevolent banter as they ease into their chairs and savor the mouthwatering aromas emanating from the kitchen.

Most of them Susan cannot call relation, but they are nothing short of family. She and her husband, Jim, employ four farmhands, many of whom have worked on the Phillips farm in Valley Falls, Kansas for many years. Here breaking bread together is more than a perk of the job – it’s a way of life.

One veteran farmhand, Darold Doud, jokes that he can’t get away from the Phillips farm, where he has worked since the late eighties. It’s only that, though, a joke. His reverent tone reveals how much he genuinely enjoys it here. The job affords him freedom and fresh air, which aren’t to be taken for granted by a man who spent years grinding it out for the Santa Fe railroad before finding his way to the Phillips farm.

Here the entire operation revolves around numbers: They harvest 2,000 acres of corn, soybeans and hay each year, while also backgrounding around 1,500 head of feeder cattle and maintaining 150 Hereford cows.

Upon arrival, purchased feeder calves typically weigh between 500 to 600 pounds. Once they reach 1,000 to 1,100 pounds, they are shipped to a western Kansas feedlot to finish and sell.

Each man has a job and it’s Jim Phillips and Doud who process the hay. For the past three months, they have used the Vermeer Final Cut™ FPX9000 bale processor to process an average of 25 bales of hay per week. The processed hay is then combined with grains and other protein sources to make the rations, which another long-time employee, Robbie Heuertz, then feeds to the cattle.

“When you get hay that’s too long and wraps around the auger, it stops,” Heuertz said. “When it does, you just start cutting and digging. We don’t have that issue with [the FPX9000]. We’re able to get things done much faster.”

Doud and Heuertz explained that with the FPX9000, cut length of the hay is much shorter. Before using the FPX9000 they were getting material that was five to six inches long, but now the hay is coming out of the machine in three- to four-inch pieces.

The consistent one and a half to four inch cut length is achieved as the hay passes through multiple cut points inside the machine. A primary rotor cuts the initial pieces of crop from the bale before delivering them to the high speed rotor knives. The high speed rotor then consistently chops the crop before sending it back through the primary rotor, which then ejects it from the machine.

According to Heuertz, the cattle seem to respond better to the smaller, cleaner cut. It’s easier for them to digest and results in an overall more nutritional product for the herd. Heuertz has observed another benefit as well.

Doud added that he’s noticed the same thing. The finer the hay is, he said, the less the cattle sort through it. When it’s longer, they tend to “kick it out.”

In regards to the design of the FPX9000, Doud said he has been especially impressed with the heavy-duty slat chain bale rotation system. The three chains in the slat and chain bed are used as a bale feeding mechanism to help the bales move evenly into the rotor. This system not only limits the need to reverse rotation but also creates a more consistent output of material.

“With the chain in there it’s a lot easier on the tractor,” Doud said. “You can just sit there and let the tractor run and let it grind.”

"Breaking bread is more than a perk of the job – it’s a way of life for those at the Phillips farm."

When it’s all said and done, Heuertz believes the FPX9000 makes feeding cattle an easier and faster process.

“In my opinion, it’s a big improvement,” Heuertz said.

A big improvement those on the Phillips farm said they can’t do without. For Heuertz, new technology is always welcome at the table, but it’s the old-fashioned atmosphere of the Phillips farm that keeps him coming back.

“I don’t do this because I have to, I do it because I want to,” Heuertz said. “I was asked to come help fill a silo one day, and I never left. I’ve been working here for 14 years. It’s one of the best things that ever happened to me.”

That was his final thought on the matter. It’s just about noon: time to eat. 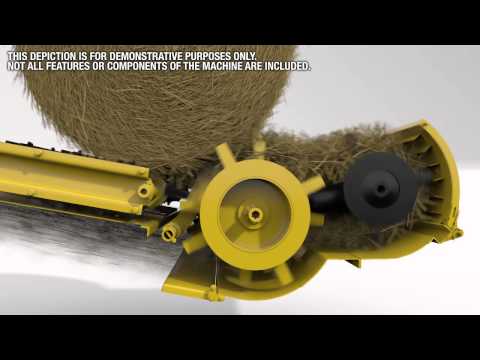